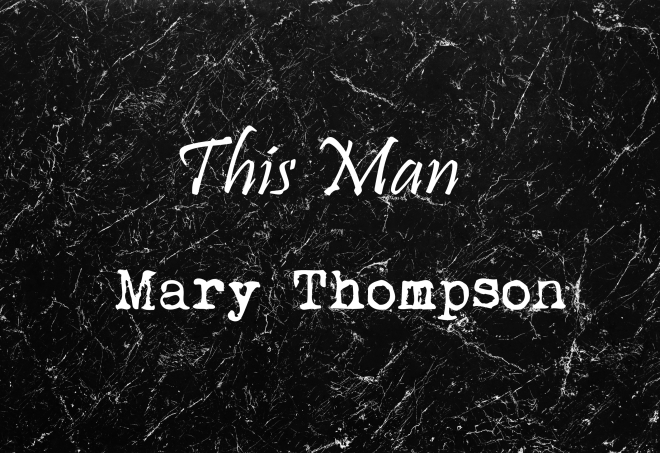 He asked you to meet him at seven, in that dreary Wetherspoon’s by the station, but when you get there it’s rammed, so he keeps putting his hand to his ear and saying “Pardon me,” and you keep repeating the same thing you just said, the thing that was so small-talkish and dull the first time, the thing to which he just nods and smiles, then reverts to his life story over olives and chardonnay. Till eventually he arrives at the present and says, “Let’s go somewhere I can hear you,’ and so you mumble, “Yes, okay.” But you’re not really sure as this man is sixty with no hair. But opposites attract, you want to believe. And your intention is to meet someone this year so you need to give him a chance. And maybe, if you have just a little more alcohol, you won’t care about the hair or the talking or the hand to the ear thing. And so, when he says, “Fancy a bite to eat?” you smile sweetly and say “Yes.” 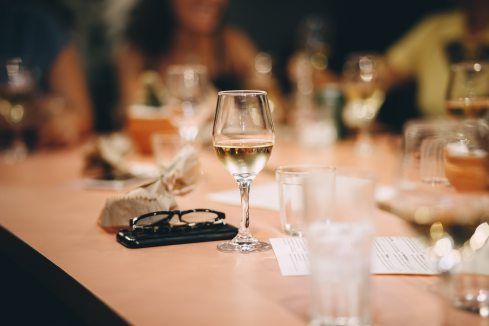 Then after the dinner, when you’re wandering along to the bus stop with this man, you notice he’s left his bag behind with his very important work documents inside, the ones he’s been banging on about all night and so you’ve told him and he’s stopped and said, ‘oh shit,’ then dashed back along the road to the restaurant, and you’ve continued in the direction of the bus stop to wait for the 319 that will spirit you away from him. Only you can’t help hoping that the bus won’t appear just yet, because you’re an empath and don’t want to hurt his feelings by going without saying goodbye. And as you stand there waiting, you begin to wonder whether you should see him again. Whether you should stop being so selective at your age. Whether that roll of extra fat around his midriff could disappear if he joined that new gym he was wibbling on about in between mouthfuls of lasagne. And whether the fact that he’s now bobbing along the road towards you as the bus turns the corner is a sign that this relationship is perhaps meant to be.

Mary Thompson lives in London, where she works as a freelance teacher. Her work has been long-listed, shortlisted and placed in publications and competitions including Flash 500, Fish Short Memoir Competition, Writing Magazine, Retreat West and Reflex Fiction, and are forthcoming at Cabinet of Heed and Ellipsis Zine. Follow her @MaryRuth69

This is a text widget. The Text Widget allows you to add text or HTML to your sidebar. You can use a text widget to display text, links, images, HTML, or a combination of these. Edit them in the Widget section of the Customizer.